If you live anywhere in the yellow area, you can vote for District 12 JP in the 2022 elections. 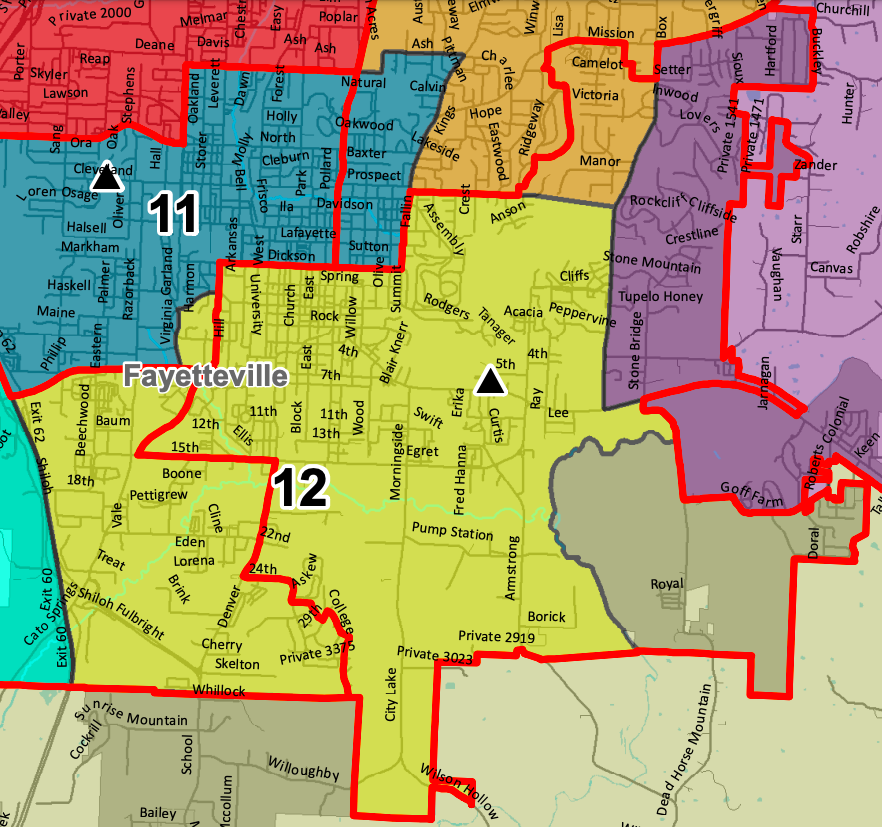 As you can see, several neighborhoods are being moved out of District 12 and into other districts. These include The Mission/Crossover area, East Fayetteville, and Stonebridge/Dead Horse Mountain Rd.

Other Fayetteville neighborhoods are moving into District 12. These include the south Razorback Road area, South Stadium Drive hill, Cato Springs, Fayette Junction, Hollywood Avenue, Baum Walker Stadium, Greathouse Park, Fayetteville Country Club Hill/South Mountain, and Kinwood. This area is roughly bordered by W. Martin Luther King Blvd. to the north, I-49 to the West, and Whillock Dr. to the South.

Click for a General Map of all current JP voting districts. 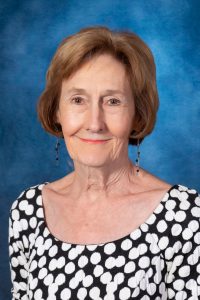 Sue Madison is the former District 12 Justice of the Peace. She served with distinction as an Arkansas State Senator and in the Arkansas House of Representatives, for a total of 26 years in elected office. She is highly recognized for her civic and community achievements. In 2019, she decided not to seek re-election. She retired from public service at the end of 2020.

"I feel like the people I have represented for many years would be very well-served by Evelyn." - JP Sue Madison, 2020

Evelyn was sworn in to office in January 2021.

We use cookies on our website to give you the most relevant experience by remembering your preferences and repeat visits. By clicking “Accept”, you consent to the use of cookies.
Do not sell my personal information.
Cookie SettingsAccept
Manage consent

This website uses cookies to improve your experience while you navigate through the website. Out of these, the cookies that are categorized as necessary are stored on your browser as they are essential for the working of basic functionalities of the website. We also use third-party cookies that help us analyze and understand how you use this website. These cookies will be stored in your browser only with your consent. You also have the option to opt-out of these cookies. But opting out of some of these cookies may affect your browsing experience.
Necessary Always Enabled
Necessary cookies are absolutely essential for the website to function properly. These cookies ensure basic functionalities and security features of the website, anonymously.
Functional
Functional cookies help to perform certain functionalities like sharing the content of the website on social media platforms, collect feedbacks, and other third-party features.
Performance
Performance cookies are used to understand and analyze the key performance indexes of the website which helps in delivering a better user experience for the visitors.
Analytics
Analytical cookies are used to understand how visitors interact with the website. These cookies help provide information on metrics the number of visitors, bounce rate, traffic source, etc.
Advertisement
Advertisement cookies are used to provide visitors with relevant ads and marketing campaigns. These cookies track visitors across websites and collect information to provide customized ads.
Others
Other uncategorized cookies are those that are being analyzed and have not been classified into a category as yet.
SAVE & ACCEPT